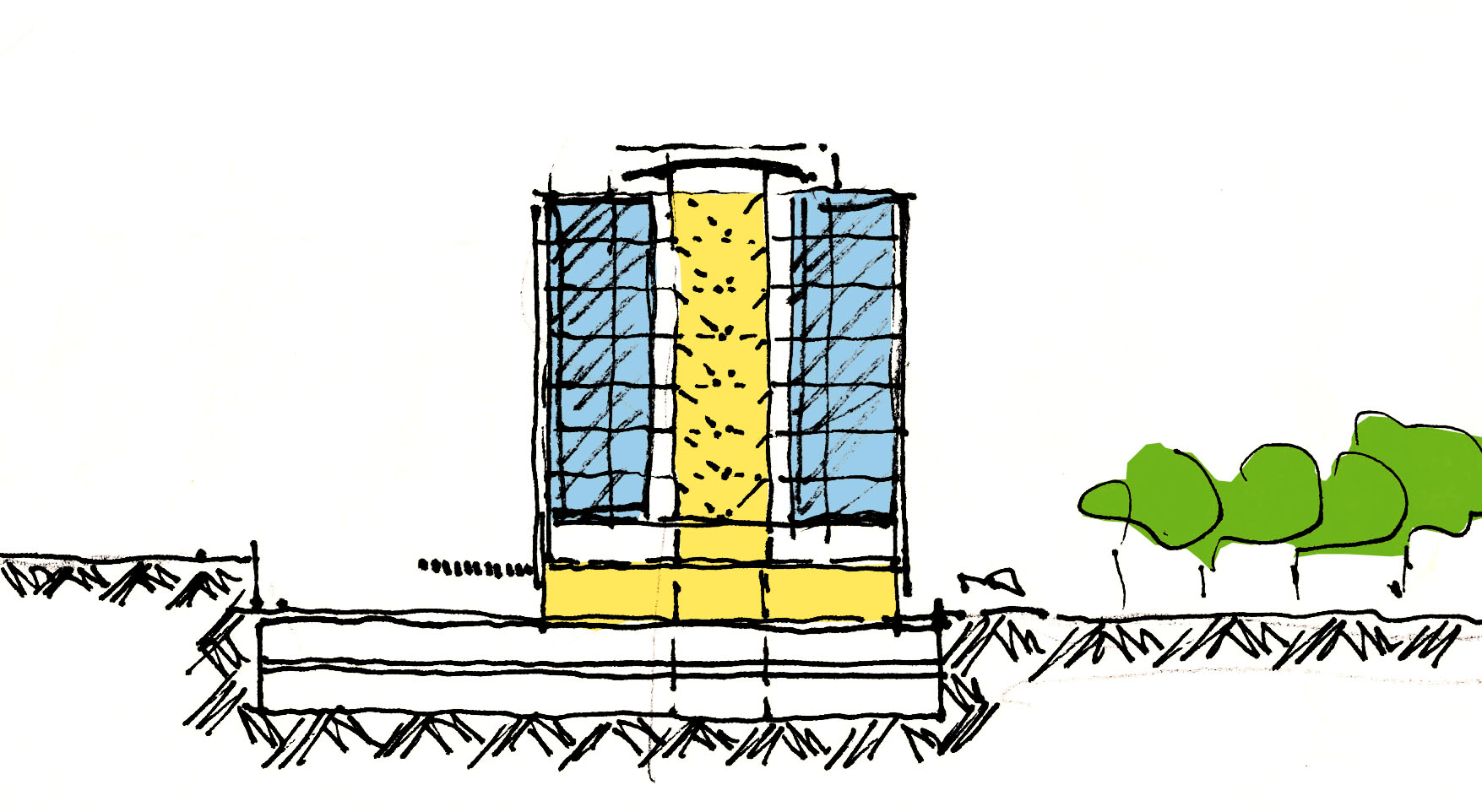 In 2011, the Health Research Institute Hospital La Fe promoted an open competition to design their new state-of-the-art laboratory building for biomedicine research, Biopolo La Fe, to attract the best entrepreneurial talent to collaborate on commercial and investment opportunities.
The building plot had an area of 2.734 m² next to the new hospital. The proposed program consists of: 2 underground parking levels for 476 cars; ground floor public facilities including retail area and a cafeteria open to the plaza; first floor with management facilities as well as an auditorium and a library to enhance the relationship among the research community and six floors of labs with a support plant in between. The total gross area was 21.209 m²
Functionally the building clearly organizes itself in three rectangular strips. The exterior ones content the laboratories opened to the views, whilst the central one houses all vertical and horizontal circulations altogether with a central open atrium where different glass sided meeting rooms seem to float into the space.
We chose a modular constructive system to guarantee the maximum flexibility in the less possible time. Accordingly, laboratories could group themselves into the most convenient way depending on the needs of each start-up company. The minimum lab unit had an area of 75 m² being formed by 3 modules of 3,10 m by 8,00 m each with services always disposed longitudinally next to the corridor. The façade design considers large terracotta panels that allow different inner distributions to express. There are 18 possible solutions for each module.
The result is a striking building with a NATURAL image, DINAMIC, FLEXIBLE and FULLY ADAPTED to its use, which can be built in HALF the time used by a traditional constructive system with the MAXIMUM quality at a TOTALLY CONTROLLED COST. 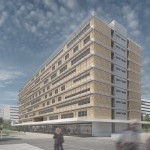 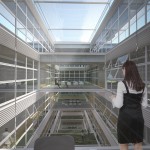